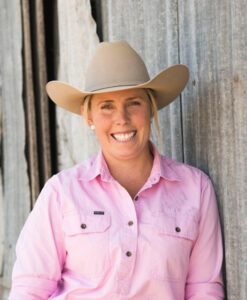 Shelley Piper from Cassilis has won the 2022 Farmers’ Short Story (FSS) writing competition with a poignant tale about the 2017 Sir Ivan bushfire that wiped out their beef cattle property.

The 2022 FSS competition – with a first prize of $1000 – attracted very high quality entries that the judges described as “powerful, well written, lively, entertaining and interesting.”  This year’s competition was also extended across the Upper Hunter state electorate.

Describing herself as a book worm, who loves reading, part of Shelley’s motivation for entering FSS22 was to bust a myth or two about farmers.  “Farmers are often stereotyped into the muddy gumboots and overalls image, but there are so many smart, creative and talented famers out there, and this competition was one way to showcase this,” she said.

Second prize went to Marina Lee-Warner for ‘Life of Brian’, with third prize shared between Bill Moses for his prose, ‘The Magic of Water’ and Shirley Watson for her story, ‘Keep Looking Up’. Such was the quality of the entries that the judges also awarded a Highly Commended to Therese Ralston for her ‘Blackberries & Black Times’.

New sponsor, Scone Equine Group (SEG), Australia’s largest provider of equine veterinary services said they were thrilled to support such a “prestigious, local event” and proud to reward the creativity of the farming community.

The prize winners will receive their awards at the next Scone Literary Festival event in November, 2022.