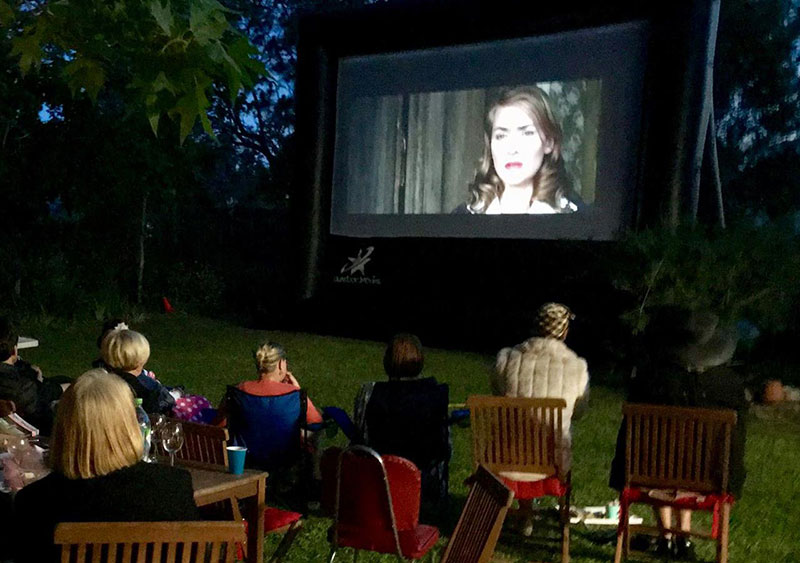 My small country town, Scone, last weekend, welcomed a bevy of great writers and producers to celebrate the life of books and the love of literature. The Scone Literary Festival is in its infancy but growing so fast that this year we were bursting at the seams.

It is a unique festival, revealing all that is wonderful about living in a rural community that may be small, but fosters a wealth of artistic and creative talent. We were blessed to have local identity Philip Adams, who is not only a social commentator and broadcaster but also a farmer, to facilitate a number of panels with well known writers such as Don Watson, Peter Fitzsimons and journalist Joanne McCarthy.

The panel discussions were held in the deconsecrated church that has become the Arts and Crafts Hall and in the adjoining room, there were tables groaning with books for sale from the local Hunt-a-book shop as well as displays of photos from the movie The Dressmaker.

Outside, the weather was perfect and visitors could sit under umbrellas and enjoy the fragrances wafting from the garden and it must be said, the occasional scent from the nearby stabled horses, which is only fitting for the Horse Capital of Australia.

The outdoor venue proved to be perfect for the soiree on Saturday evening with a talk by author Rosalie Ham and the producer of the movie, The Dressmaker, Sue Maslin. The blow up screen rose into life as the sun set and the audience was treated to a visual feast of stunning sets and costuming. And even if you had seen the movie before, as that gorgeous young man Liam Hemsworth met a tragic end, it was hard to hold back the tears!

After all that sentiment, some bleaker issues were under discussion on Sunday, with Joanne McCarthy in conversation with Philip Adams about the exposure of child sexual abuse in the Catholic Church, followed by a panel discussing the dark art of writing Domestic Drama. Lighter relief was provided by a panel of authors, Cathryn Hein, Kim Kelly and David Darcy, discussing rural fiction and the influence of rural life on their writing and creative endeavours.

The weekend concluded with a lazy Sunday Afternoon Book club under the spreading branches of an old tree in the garden and the discussion consolidated the belief that books are not a dying art, but alive and well.